Growing up in Hataitai, Wellington, New Zealand
I grew up in Matai Rd, Hataitai and this painting is done very near where our family swam at Evans Bay Beach, every summer. I love this painting and I remember fondly those long hot summers at the beach.
James Nairn was a founding member of the Wellington Art Club and I recently joined the club. 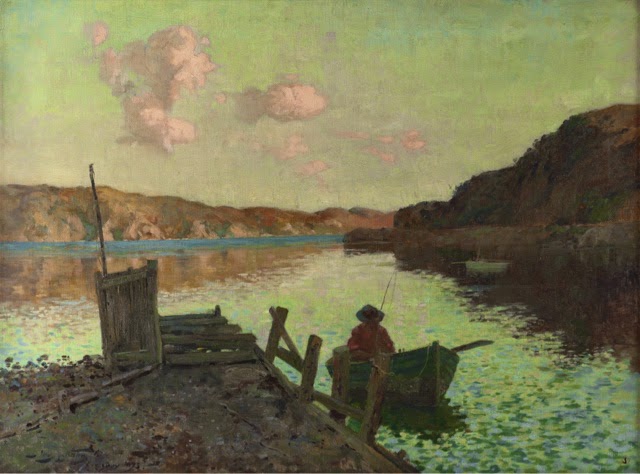 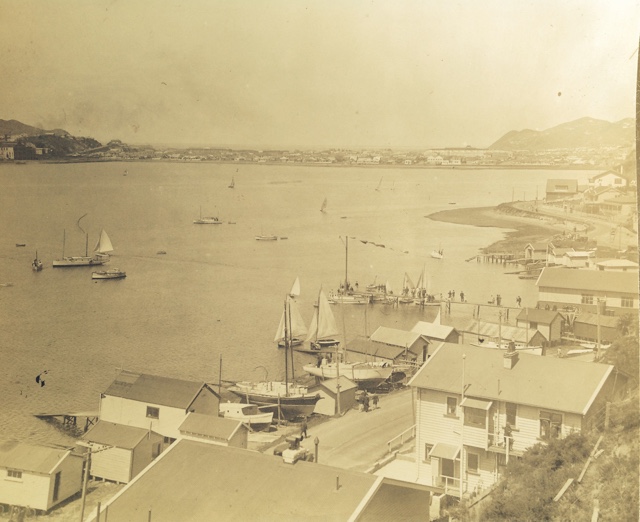 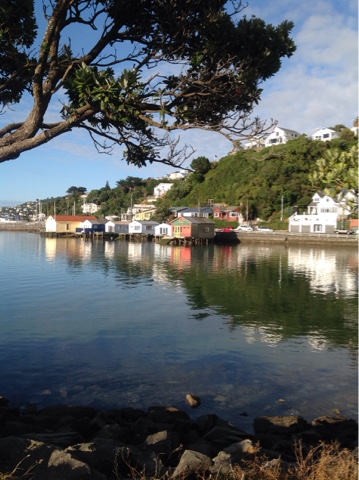 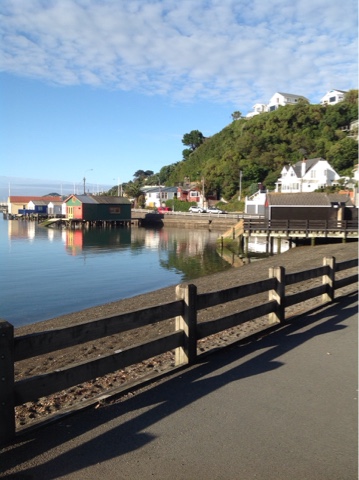 My life began in a small town called Gosnells in West Australia, in the year 1914, the year of the first World War. I was the seventh child in the family, five boys and two girls (one boy died after birth). I was the first to be born in this place because my parents (Scott and Dorothea Armstrong) had moved some time before from a place some miles away called Serpentine. My father had been in partnership with his brother George, farming on land left to them by their father, Christopher Armstrong. ( Christopher landed in WA in 1829, just a lad aged 9 years.)
In this new place, (Fremantle Rd, Gosnells) which was virgin bush my father was about to plant fruit trees so much clearing away of timber took place. This is one of my earliest recollections; burning stumps and deep holes where they had burnt right through to the roots. Being sand it had gone a deep grey colour almost black with the heat. Yellow was the original colour of the sand and when I say yellow I mean YELLOW. 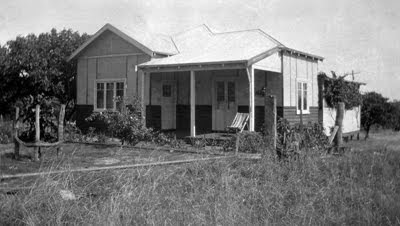 I grew up with very few play mates as there were few of my age about. One girl next door three years older who was at school before we really got together. My sister, Jessie was seven years older and my brother nearest to me was five years older. Charlie and I never really clicked until we were much older maybe because he told me he had to look after me when I was very young by pushing the pram up and down the long kitchen. I was not very srong or healthy and was very shy and sensitive. At the age of eight I developed bronchitis very badly and after being taken to the doctor my mother was advised that I stay off school for a year. I think the main reason for this may have been that the walk to school was one and a half miles each way. I walked that way often twice a day for many years, until I was twenty-two, when I married, Len.
Cars and bikes were few and far between in those days and horses were used. My father would take my mother to the station, over a mile away, when she went to Perth to shop.There weren't any buses as the roads weren't properly made. We only had a draught horse so it was a pretty slow ride as they don't trot or gallop, at least Jane didn't. 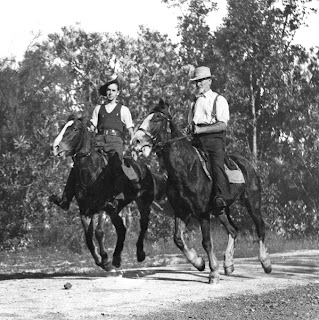 Scott Armstrong and his youngest son, Warwick riding. Scott rode all his life and was a well known horseman in his day.

In 1918 after the war, my eldest brothers, Maxwell and Scott (Jnr) were aged about 17 and 15, one worked in the Post Office (Scott) and the other for the grocer.(Max) The terrible flu swept through the land and many died. I remember a neighbours children crying because their mother was one of the victims. (Butchers?) However we all escaped despite my mother worrying about the two boys because they were amongst the public. I also remember all of us gargling with condy's crystals to keep the germs away.
Well the oranges and lemon trees were bearing fruit but not enough to keep us so my father went ploughing for other people and split posts for fencing and at one stage went away with my brother cutting sleepers for the railway lines. 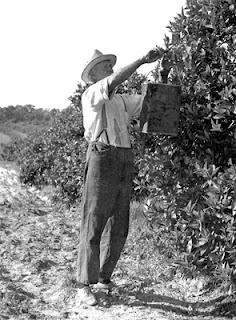 Max slashed his wrist with a broad axe and never returned to that type of work again. He eventually took up window dressing and ended up working for Nestle's chocolate.I remember this as he used to bring boxes of chocolates home but they were only empty dummies for the shop windows. I was very wrapped up in my brothers and no doubt spoilt by them as I remember Scott (Jnr) taking me to the pictures one night and carrying me all the way home because I went to sleep.

That is the end of Jean's memories. edited by Lucille
My family history by Lucille.

Captain Adam Armstrong born 1786, son of Christopher and Elizabeth (Dicks) Armstrong  -
died 9 September 1853, Ravenswood, WA.
Lucille and Julie beside the plaque which commemorates Adam Armstrong's settling place at Dalkeith, named after his home town in Scotland. In the background is a very old fig tree. 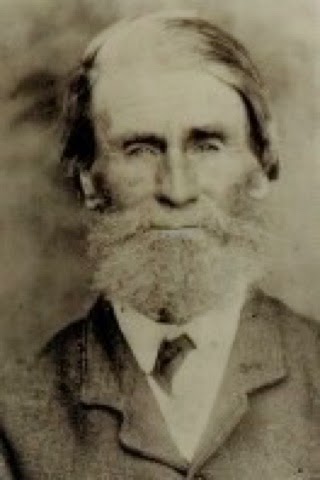 Jeans father, Scott Armstrong, was born at Rockingham on 10.7.1865, and was the twelfth child of Maria (nee Cooper) and Christopher Armstrong.
When Captain Adam Armstrong landed in WA on 15 December 1829 aboard the Gilmore, he was a widower and young Christopher Armstrong was a lad of 9. On 10 October 1810, Adam Armstrong had married, Margaret Gow the eldest daughter of Nathaniel Gow, a famous Scottish violinist. Sadly, Margaret died several years before Captain Adam Armstrong emigrated to the Swan River Colony with his 6 children. The family lived in appalling conditions for about 18 months using packing cases and bush to improvise a shelter. Eventually Adam Armstrong was able to buy land adjoining the Murray River and he named his farm, Ravenswood after his farm in Scotland. Raids on his stock and produce, by the aboriginals forced him to abandon this property and the family headed back to Fremantle. On the way Captain Adam Armstrong decided on land on the foreshore and called it Dalkeith, after his home town in Scotland. He established an orchard from cuttings he had brought from Cape Town on his way to WA. He was the first person to grow grapes and figs commercially in the new colony. He later returned to Ravenswood where he died on 9 September 1853, at the age of 67 and was buried on the property. Five years after his death, his sons sold the Ravenswood property to Captain John Thomas whose son Alfred Edward Thomas, married Amy Amelia Armstrong. When her husband died Amy became the owner of Ravenswood and managed the Ravenswood Hotel. Dorothea Sebo stayed at Ravenswood and married Scott Armstrong, Amy's brother. 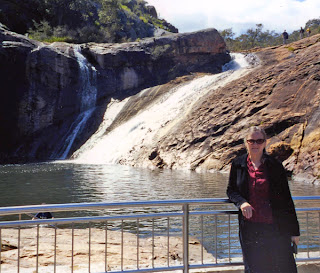 Photo of Serpentine Falls taken on my visit to Perth in 2007 to meet my cousins, descendants, from the Armstrong side of the family.
Lucille.

During the gold rush the Sebos went to live in Ballarat where Dorothea Elizabeth Sebo was born 19.5.1882. There were 7 children in the Sebo family; Charles Edward, Dorothea Elizabeth, Ethel Lavinia, Emily, William Emanual, Elsie, Jessie.
The Sebo family travelled to West Australia, by steamboat, where William Charles Sebo had found work. Young Dorothea Elizabeth Sebo was sick all the way and during her life couldn't walk on a jetty without feeling sick.
William Charles Sebo 1871- 1948, was a painter and decorator by trade and worked for the Railways. The Sebos lived on a site known as The Serpentine Falls Hotel, where those words were painted in bold lettering, on the roof. Circa 1903-05
William Sebo died at age 52 from lead poisoning. In those days lead was an ingredient of paint.

When Dorothea Sebo married Scott Armstrong, in 1899, she was age 17 and Scott was 17 years older than her. They lived in Serpentine, where they were married, until 1910. Then they moved to Gosnells and raised their family of 6 sons; Max, Scott, Gilbert who died before age one, Maitland, Charles, Warwick and 2 daughters, Jessie and Jean ( refer to Jean's Memories above) 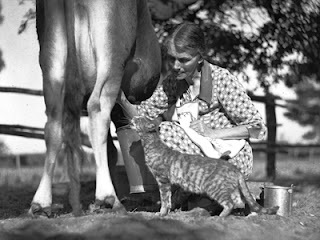 Dorothea Armstrong milking the family cow in Gosnells WA. Circa 1920-30? 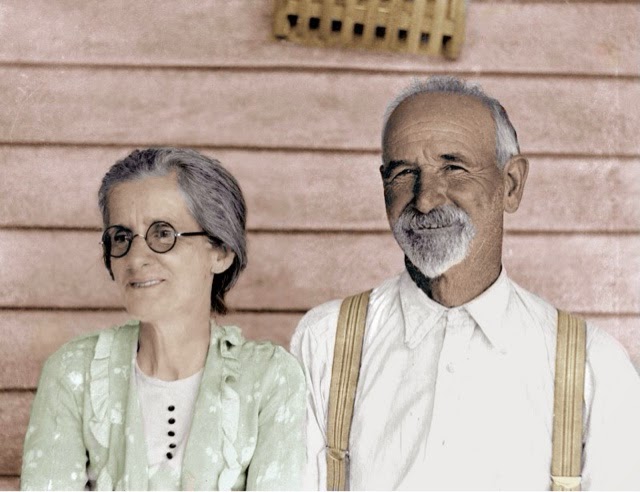 By Lucille 1954-61
Starting school was not a happy day for me and I disliked it so much that I walked home alone up Hamilton Road to Matai Road, but  was returned later by my Mother. I remember afternoon rests on the rough, sea grass mats while Miss Barnes read us stories. The Wendy house was a favourite place to play with dolls, kitchen utensils, and all the other paraphernalia to prepare us for marriage and mother-hood.
Sewing was an oven cloth stitched in wool on sacking with cross stitch designs. Sacking was used during and after the war when fabric was scarce. In form 1 & 2,( EBIS had not be built then), we went to cooking classes at Miramar South school on the bus, and we wore white aprons which we had sewn ourselves and chain-stitched around the edge in red cotton and on our hat, which was a strip of white fabric to match the apron, we embroidered our name in chain-stitch. Some of the recipes were stewed fruit, scones, stuffed kidneys, lemon pudding, and blanc mange. We ate what we cooked and I still have my Home Science Notebook, (1959). I have used it often over the years, and there were some appetizing things like, pin-wheel scones, kiwi crisps, Waldorf salad, and cheese muffins.
School concerts were always fun as we had Lyn Foster, (who later had her own ballet school in Wellington) a talented ballet dancer who choreographed dances for us to perform. Adele Wooller was a dancer too and performed at the Form 2 final concert, with a very raunchy tap-dance. Mrs Wooller had a dance studio at home and was a dancing teacher so we had plenty of talented dancers to inspire us all to be budding ballerinas.
School trips to the National Museum at Mt Cook were always popular and I loved the miniature Maori Village with all its detail. No Te Papa then, everything was displayed behind glass in giant cabinets, stuffed birds, Maori war weapons, carved gourds and the Egyptian Mummy was on display.
We had Broadcasts to Schools on the classroom radio speakers in the afternoon usually Social Studies topics and I remember Apathied was a word we heard frequently, not that I knew what it meant then.
Every morning we had assembly outside in the playground and band music would play on a loud-speaker as we marched inside to class.
The polio epidemic left a few Kilbirnie School pupils with permanent disabilities and by 1962 the oral vaccine was available at the school.
Mrs McElwee made sure that we learnt our multiplication tables thoroughly by chanting them off the blackboard every day. We had regular tests to check if we had learnt them. I still know them all by heart so it was an efficient method to learn them by rote. Long division was a big deal to learn but once mastered it was never forgotten. We were shown examples on the blackboard by the teacher and then pages from the Arithmetic Text book had to be completed in our exercise books.
Mrs McElwee initiated Esperanto lessons in the school and Adele and I did a play spoken in Esperanto for the class. I had a pen-friend in France, Richard, who I corresponded with in Esperanto. I still have those letters.
Playground games that were popular at the time were knuckle-bones and when the hula hoop craze hit we all had our bight coloured plastic hoops and competition was keen for the person who could twirl the longest. We twirled round our waists and from our wrists and around our necks which was
painful.
Knuckle bones was a favourite with the girls and boys had marbles.
We had Maori stick games and songs in form 1 and 2 and Mrs Quinn, Ian's Mum, came to teach us.